Please meet my friend Tyler Cacioppo. Meeting Tyler was an unexpected treasure. My career as a professional bowler allows me through my celebrity status to be able to help Tyler (my homie J) and his family as he fights his disease every single day, he will never be alone.  I am thankful for him and I will work my tail off to raise money to strike out Crohns and Colitis for my best pal Tyler and other people stricken with this debilitating disease. The Cacioppo family will always be a part of my family! Please visit  www.StrikeOutCrohns.com and donate generously. 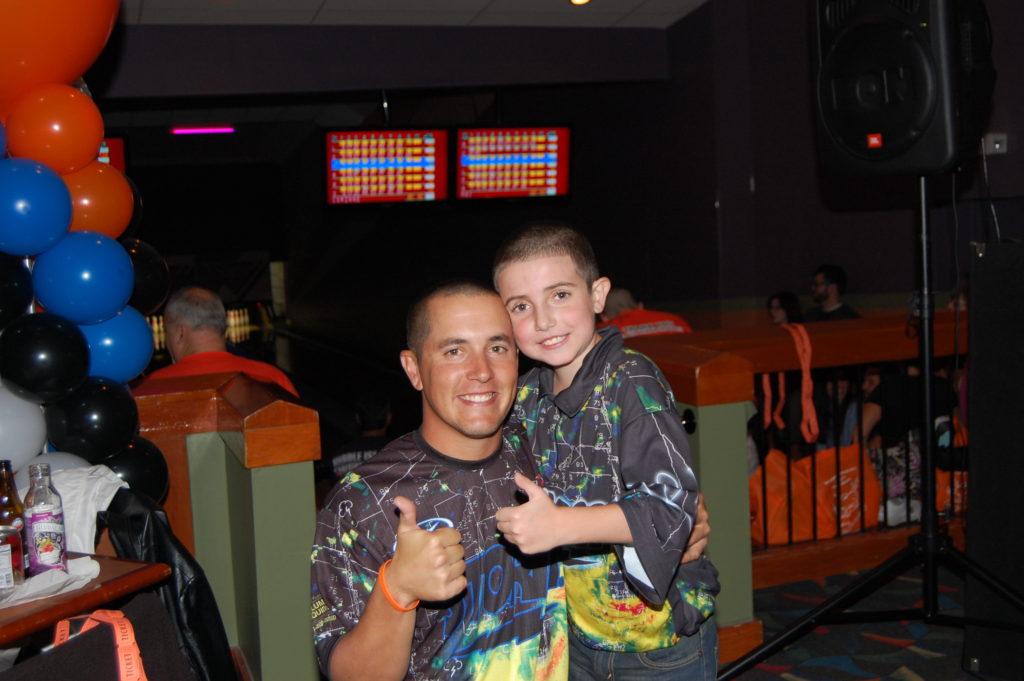 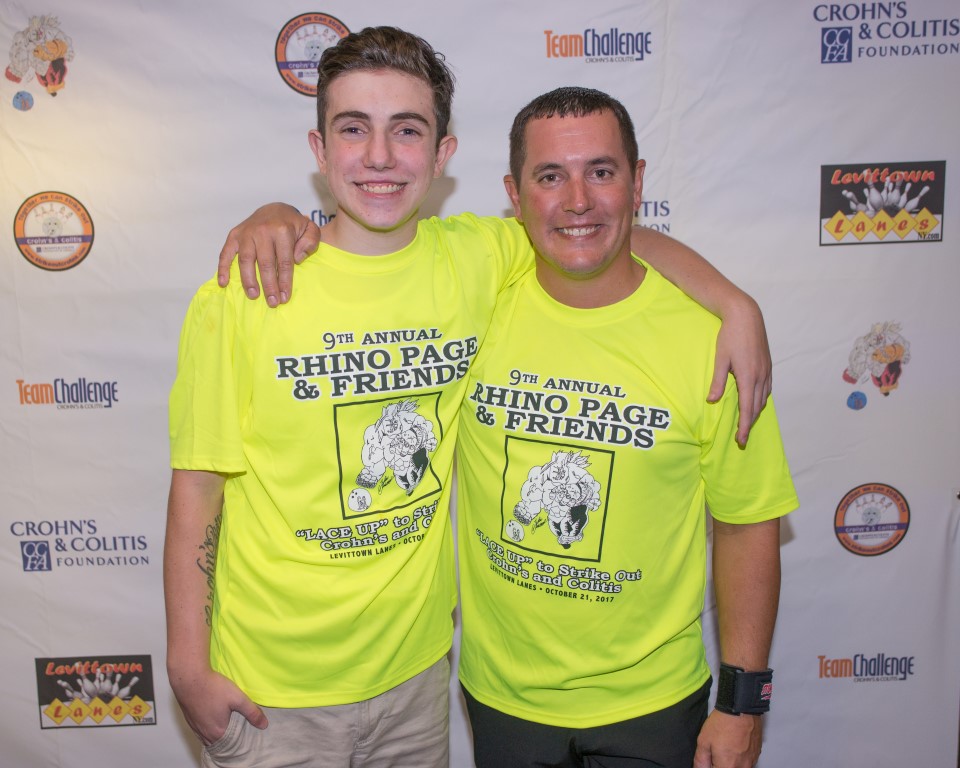 Play the video below to see Rhino’s special relationship with Tyler and why he supports the Crohn’s and Colitis Foundation. 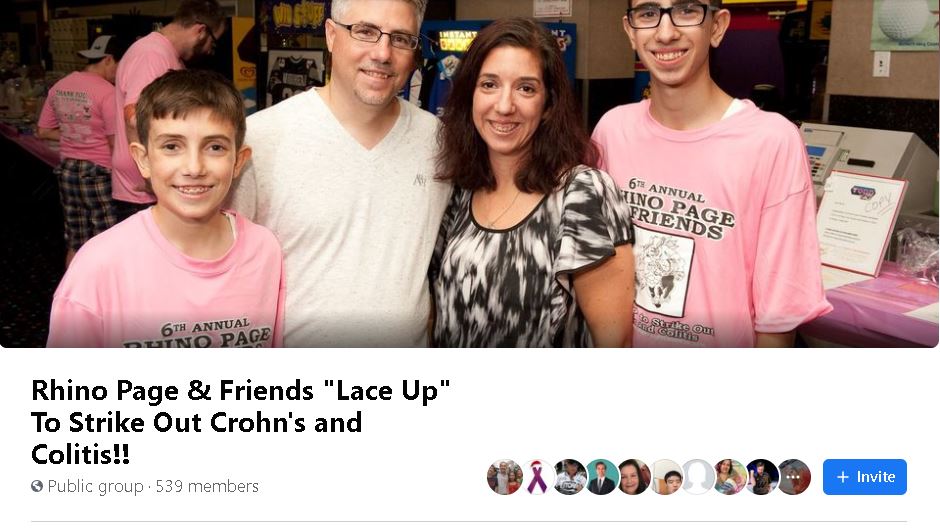 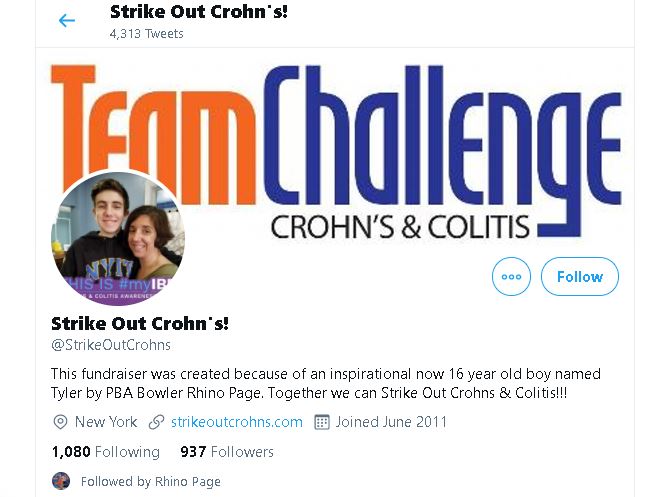 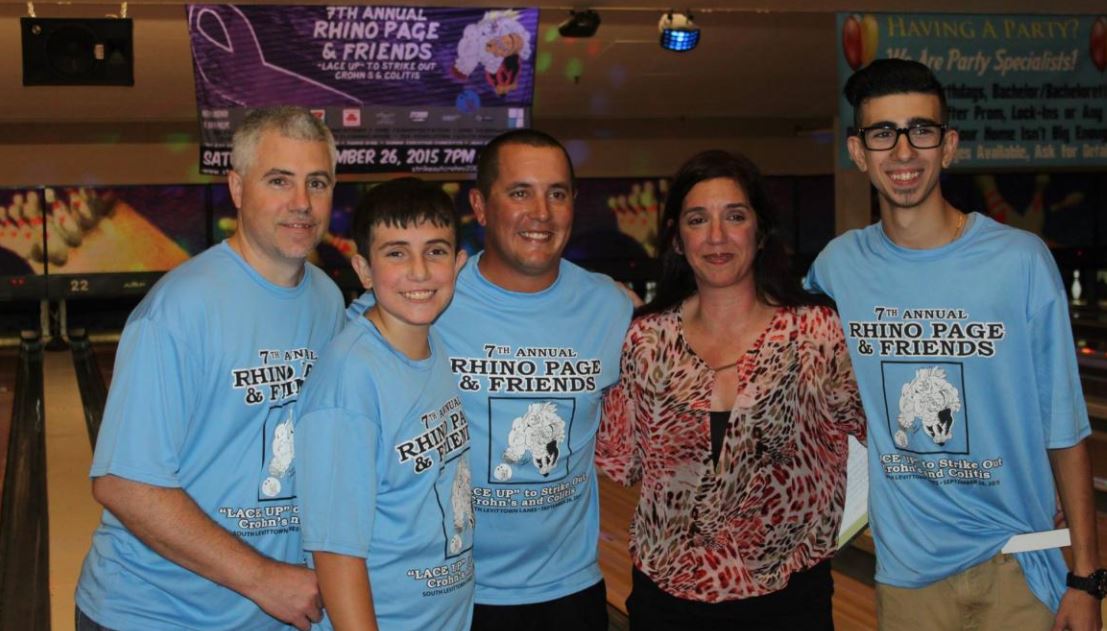 “At the 2009 PBA Pro-Am event, my two boys were lucky enough to have the 2007-2008 PBA Rookie of the Year, Rhino Page, participating with them on the lanes. Tyler had been having a really tough time with managing his symptoms and we hoped that doing something he really enjoyed would make him feel better. As I watched Rhino interact with Tyler, it touched my heart to see the joy and happiness that came across his face. Tyler looked the happiest I had seen him since he was diagnosed. I went to Rhino at the end and thanked him many times for showing both my boys such a good time, especially Tyler. I shared with Rhino the struggles that Tyler deals with daily and he was speechless. He couldn’t believe, after spending time with Tyler, that he could be so sick and suffering the way he was. Rhino decided at that moment that he wanted to help Tyler, as well as other children who suffer from Crohn’s and Colitis. He texted me and told me to make it happen.  Mind you I had no idea what it took or how to create a fundraiser.  I am very proud to share our nine events collectively raised over $353,000 for the Crohn’s and Colitis Foundation.”